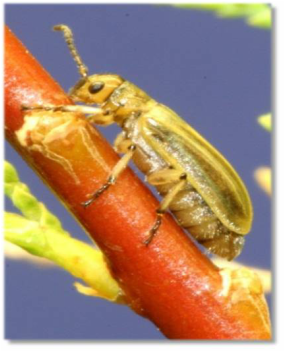 ﻿Rapid evolution and hybridization in an introduced biological control agent﻿

Our results will have a major impact on ecology and evolutionary biology through: i) the improvement of safety and efficacy of biological control techniques through the clarification of the optimal genetic structure of introduced populations and ii) the enhancement of a predictive framework in which the spread and establishment of invasive species can be placed. 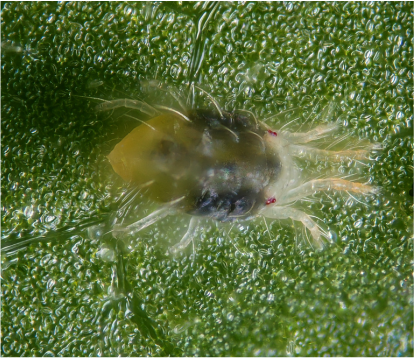 Dispersal is any movement of individuals that leads to gene flow. Dispersal is a fundamental concept to modern biology in that it can affect speciation, biodiversity, and species extinction, but also plays a major role in invasive and conservation biology. Dispersal is also a plastic trait that is expressed differently depending on genetic and environmental factors.

I used the two-spotted spider mite as my model organism to study dispersal and plasticity. T. urticae is a major agricultural pest affecting over 900 plant species world-wide. I was able to quantify dispersal distances of the mite by using a linearly connected patch system, thus quantifying the effects of density and genetic relatedness (kin competition) on dispersal strategies. I demonstrated that increasing density and relatedness also increased the distances that individual mites were willing to travel away from the source population. I then conducted experimental evolution in which dispersal distance was allowed to evolve in response to environmental heterogeneity. By performing selection, we can get an idea of the adaptive significance of plastic traits in different environmental conditions, and also understand the relative contribution of phenotypic plasticity and genetic variability in the production of adaptive phenotypes.